As the Israeli government prepares to welcome Pope Francis on his first visit as Pope later this month, vandals have scrawled hate-filled graffiti at some Christian sites. “Jesus is garbage,” “Death to Christians” and “We will crucify you” are among the messages that have been spray-painted on the walls of Christian churches and monasteries in Israel in recent weeks.

Although no arrests have been made, Israeli officials say they suspect Jewish extremists of being behind the vandalism. Israeli officials link the surge to the Pope’s visit, which appears to have ignited resentment toward Christianity by some Israeli Jews. A small minority of Israeli Jews blames Christians for past violence by Christians against Jews and for what they perceive as ongoing attempts to convert Jews to Christianity.

Police spokesman Micky Rosenfeld said most of the perpetrators act individually: “It’s not like dealing with a terror organization.”

Pope Francis’ three-day visit starts in Jordan on May 24. He then travels to Bethlehem in the West Bank, and Jerusalem, where he will visit Yad Vashem, the museum commemorating victims of the Holocaust. The trip was scheduled to commemorate the 50th anniversary of rapprochement between Pope Paul VI and the leader of the Orthodox Christian church. Publicity over the church attacks – not seen before previous papal visits – has some Israelis asking why it’s happening now. “The question to ask is what kind of Israeli state do we want here? Our educational challenge is to promote respect to the other,” says Amnon Ramon, a specialist on Christianity at the Jerusalem Institute for Israel Studies, an independent think tank.

Amos Oz, perhaps Israel’s most celebrated author, called the extremists “Hebrew neo-Nazis” at a public event, adding that perpetrators “enjoy the backing of numerous nationalist lawmakers — maybe even racist — and also rabbis who give them a foundation that is, in my opinion, pseudo-religious.” Oz’s remarks stirred up a fresh wave of debate and name-calling, an unwelcome drum-roll for a papal visit intended to celebrate the overcoming of historical enmities. 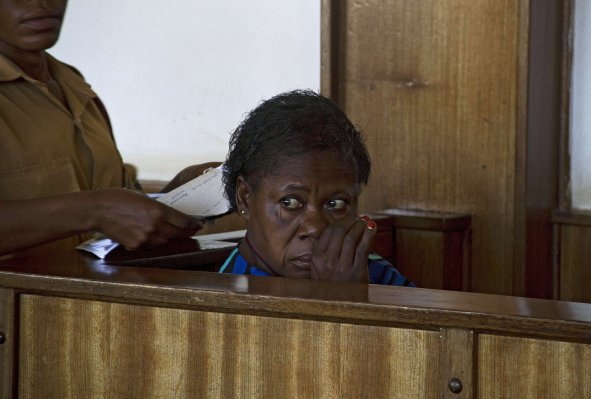 Ugandan Nurse Jailed for Negligence Over HIV Exposure
Next Up: Editor's Pick