Why China Is a Nightmare for American Internet Companies

Illustration by Alexander Ho for TIME
By Victor Luckerson

Every big American Internet company is angling for the same thing, more or less: global domination. But the one country where they have the most potential for growth also has some of the most entrenched competition and thorniest human rights issues. The battle for China’s 618 million Internet users is fraught with moral and logistical problems that have sent Twitter, Facebook and Google all packing in recent years. Now LinkedIn is making an aggressive play to enter the People’s Republic, but questions remain about just what kind of sacrifices the company will have to make to please the country’s government.

On Monday LinkedIn launched a local Chinese-language website for the first time. An English version of the site was already available in the country and used by 4 million Chinese members, but the native-language version will give the company significantly more exposure in the country. LinkedIn, which currently has 277 million members, is after the 140 million knowledge workers it says reside in China. “Given the rapid acceleration and development of China’s economy, the expansion of our offering in China marks a significant step forward in our mission to connect the world’s professionals to make them more productive and successful,” CEO Jeff Weiner wrote in a blog post.

But the company will have to make some concessions to make it in the Chinese market. To run a site hosted within China’s borders that is easy for users to access, LinkedIn needs an Internet content provider license from the government. For such a license, China typically requires that Internet companies actively censor certain content. Twitter and Facebook were banned from the country after violent protests in the city of Urumqi killed hundreds in 2009. Google famously stopped censoring its search results in China early in 2010 and was kicked off the mainland. It now redirects Chinese users to its Hong Kong site; its traffic has fallen significantly.

(MORE: Facebook’s WhatsApp Buy Is All About Dominating Mobile)

LinkedIn is prepared to be more compliant than its American peers. “We know that we’re going to have to comply with things that we would certainly prefer not to have to comply with,” says Hani Durzy, LinkedIn’s director of corporate communications. “If that means filtering content, we are going to comply with that, but only if and when we are legally required to do so.” Durzy also confirmed that the company will store data about Chinese members on servers that reside within the country.

It’s not clear exactly how regularly the government will compel LinkedIn to censor posts. It could be often. Around 13 percent of all social media posts are censored in China, according to a study by Gary King, the director of Harvard’s Institute for Quantitative Social Science. He and two P.h.D. candidates analyzed more than 11 million posts across 1,400 different social media sites and were able to discern noticeable patterns about when speech gets scrubbed out. Surprisingly, bad-mouthing the government isn’t what censors are targeting. “What they censor is attempts at collective action,” King says. “They don’t want anyone to control the movement of people other than the government. That’s what could cause them to lose power.”

The censorship issue presents a quandary for tech companies that often espouse free speech as part of their core ethos. It could also be a financial problem, since abiding by the government’s often vague censorship directives can be expensive. “The existing Chinese microblogging sites have had to invest in huge armies of individuals who spend their time looking through the content and determining what should or shouldn’t be removed,” says Ryan Budish, a fellow at Harvard’s Berkman Center for Internet and Society. “You can’t exactly just move in there and do business. It’s a very different framework.”

LinkedIn may be better positioned to succeed in China than its competitors because of the nature of its content. It’s not exactly known as a platform for mobilizing dissidents in the same way Twitter and Facebook are. That could mean less attention from the Chinese government and less man-hours needed to comb through potentially incriminating posts.

(MORE: 5 Ways Twitter Plans to Defend Itself Against Its Harshest Critics)

Still, there are other issues that face American Internet companies in China. The country is already heavily connected online with a variety of its own social networks. Sina Weibo, a microblogging service that serves as a kind of hybrid of Facebook and Twitter, boasts 61.4 million daily active users. WeChat, a Chinese messaging and commerce service somewhat similar to WhatsApp, has 272 million monthly users worldwide. Because the government exerts so much control over the Internet, it can easily throttle loading speeds for newcomers so they can’t easily compete with these Chinese-owned incumbents. Google services have been slowed in this way in recent years, according to the Wall Street Journal.

As American companies try to finagle their way into the People’s Republic, their Chinese counterparts will arrive on American shores this year. Sina Weibo has been quietly testing an English version of its social network and is reportedly prepping a U.S. IPO for the second quarter of this year. WeChat launched a promotional campaign earlier this year to lure in more American users. Long siloed off from each other, American and Chinese Internet firms may soon become direct competitors.

That could make U.S. social networks even more eager to grab a foothold in China. Though Twitter says it has no plans to enter the country, it’s the odd company out. LinkedIn has already made its move, and a Facebook spokesperson says the company is interested in growing in China but has made no decisions for for how to approach it. Rumors swirl every time Mark Zuckerberg takes a vacation to China.

Meanwhile, the Chinese government has no plans of easing its policies. A new law that targets bloggers who post “online rumors” that are widely re-shared is punishable by up to three years in jail. Each Internet company that makes a play for China’s huge user base will have to consider laws like this one and calculate for themselves the monetary and moral cost of a presence in the country. 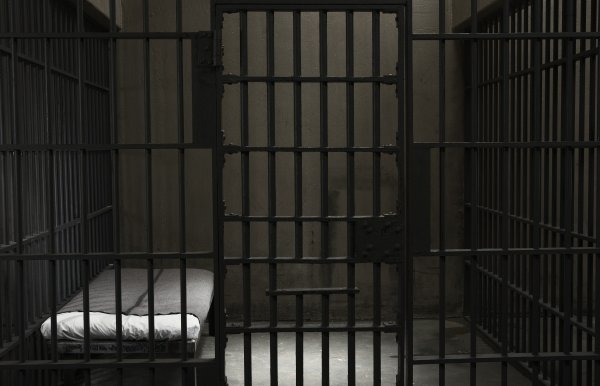 Prison Phone Calls Will No Longer Cost a Fortune
Next Up: Editor's Pick