Far Cry 4 Exists, and You Can Play It in November

Surprise, Far Cry 4 is a thing, still a first-person shooter, and it’ll arrive not two years after the last installment. That’s November 18 in the U.S. and two days later in Europe, the Middle East and Africa.

But unlike Ubisoft’s other big late 2014 release, Assassin’s Creed Unity, which’ll ship for PlayStation 4, Windows and Xbox One alone, Far Cry 4 will live on those three platforms as well as the older, better established PlayStation 3 and Xbox 360.

I wouldn’t read too much into the latter, since Assassin’s Creed IV was also available for all of those systems, and it arguably didn’t harm the significant upturn, visually speaking, with the next-gen versions.

Pack your parkas and thermal undies, because Ubisoft says we’re going to Kyrat in Far Cry 4, a “perilous and wild region” in the Himalayan mountains that’s come under the bootheel of a despot. I assume that’s a rendering of said despot in the promo art above. (Hey, give the guy props for wearing rosette in the jungle. And are those red alligator skin you-know-what-kickers?) Ubisoft says to expect a “vast array of weapons,” and notes that vehicles and animals will once more play a significant role.

As with Far Cry 3, Ubisoft says its flagship Montreal-based studio is the design lead, with assistance from the company’s Red Storm, Toronto, Shanghai and Kiev satellites. (Far Cry 3 included Sweden-based Ubisoft Massive and U.K.-based Ubisoft Reflections, so the newcomers here — replacements? — are Toronto and Kiev.)

The game’s executive producer Dan Hay says to expect the game to “surprise” players, and that it’ll reveal more — it says it’ll offer its first look during its E3 media briefing — “in the coming months.” Preorders are being taken immediately, and include the usual array of bonus upgrades in the form of downloadable content. 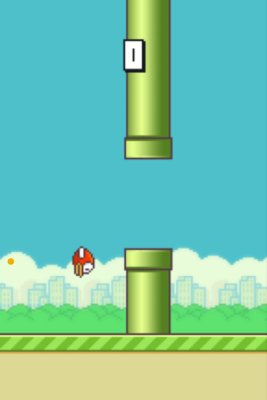 Flappy Bird Creator: The Game Will Return With Multiplayer
Next Up: Editor's Pick