Federal Communications Commission (FCC) Chairman Tom Wheeler listens during a news conference after an open meeting to receive public comment on proposed open Internet notice of proposed rule-making and spectrum auctions on May 15, 2014 at the FCC headquarters in Washington.
Alex Wong—Getty Images
By Haley Sweetland Edwards

The Federal Communications Commission voted 3-2 Thursday to move forward on proposed changes that could allow Internet Service Providers to give faster service to companies willing and able to pay for the privilege. It was a sharply partisan vote, with the three Democratic commissioners voting in favor and the two Republican appointees dissenting.

The proposed rules, which will remain preliminary throughout a public comment period ending July 15, leave open the possibility that Internet service providers like Comcast or Verizon could provide “prioritized service” to platforms like Netflix or YouTube. Advocates of the open Internet, however, say such prioritized service — also called a “fast lane” — is antithetical to net neutrality, or the idea that Internet providers should treat all content as equal in terms of speed. While FCC Chairman Tom Wheeler has said the proposal wouldn’t allow for a fast lane and a slow lane on the Internet, net neutrality advocates say that’s an illogical loophole in net neutrality — if there’s a fast lane, then it holds there must be a “slow lane” as well, they argue.

Net neutrality is good, its proponents say, because it prevents media conglomerates that own Internet pipes as well as content from using slowdowns to turn the screws on competitors. A handful of pro-net neutrality demonstrators have been camping out in tents outside the FCC this week ahead of Thursday’s vote, and many attended Thursday’s public FCC meeting.

“This is an illegitimate democracy!” yelled a representative from Popular Resistance, an anti-corporate advocacy organization that supports an open Internet, during the meeting. “The FCC is under the influence of Comcast, not the people!” Four demonstrators had to be dragged away after disrupting the proceedings.

Some of those net neutrality advocates applauded the fact that the FCC’s proposal leaves open a window for the commission to reclassify broadband providers, which would allow the FCC to regulate them as it does other telecom services. However, such a move is widely considered the nuclear option — reclassification would instantly trigger a maelstrom of legal and political fighting. Earlier this week, all the biggest internet service providers in the country, including Comcast and AT&T, wrote a letter to the commission arguing that reclassification would severely damage their business model and lead to less innovation, less investment in infrastructure and job losses.

The two Republican commissioners who voted against the proposed rules, meanwhile, characterized them as an “absurd” overreach. Net neutrality is “too important” for “us five unelected individuals to decide,” said commissioner Ajit Pai, who opposed the rule. He called for Congress to clarify and guide what the commission should do, and for a series of peer-reviewed studies by economists, engineers, computer scientists and technologists “before the commission acts.”

Republican commissioner Michael O’Rielly spoke even more dismissive tone, arguing that that commission’s proposed rules hinge on a “make-believe statutory authority” that will do nothing more than “create damaging uncertainty” and send the FCC “down a slippery slope of regulation.”

O’Rielly also said the regulations would “stifle innovation and investment” and called the commission’s cost-benefit analysis inadequate. His words amounted to a dog-whistle of sorts for industry groups that plan to sue the FCC in federal court should the rules become final in their current form. The telecom industry has in the past been successful in its effort to sue the FCC to have regulations overturned. In January, the D.C. Circuit remanded the FCC’s previous net neutrality rules, passed in 2010, on the grounds that the commission had overstepped its statutory authority.

Wheeler, a Democratic Obama appointee who has come under fire in recent weeks over the proposed changes, said Thursday he “will not allow the national asset of an open internet to be compromised.” Citing his own experience as a entrepreneur and venture capitalist, he said he “understand[s] this issue in my bones. I’ve got scars from when my companies where denied access in the pre-Internet days.” However, it remains unclear if Wheeler, a former top telecom lobbyist, is prepared to start a major battle over the proposed changes, though some commentators say a fight is inevitable in any case. 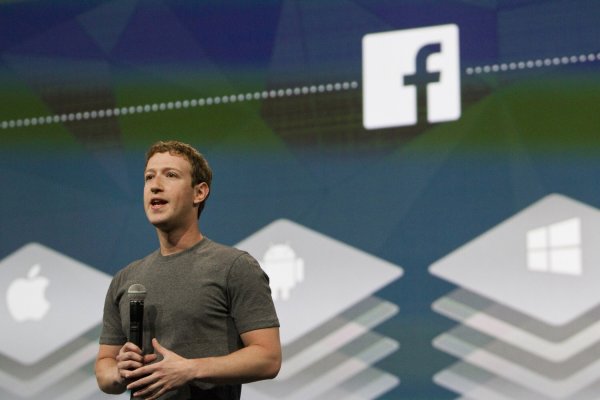 Facebook May Take Another Stab at China
Next Up: Editor's Pick