Aaron Hernandez sits in the courtroom of the Attleboro District Court during his hearing on Aug. 22, 2013 in North Attleboro, Mass.
Jared Wickerham—Getty Images
By Noah Rayman

Former NFL star Aaron Hernandez was indicted on two new counts of first-degree murder Thursday, a year after he was charged with the shooting death of 27-year-old Odin Lloyd and released from the New England Patriots.

In the new indictment, Hernandez is accused of killing Daniel Abreu and Safiro Furtado in Boston on July 16, 2012, Suffolk County District Attorney Daniel Conley said at a news conference Thursday. The two men were stopped at a traffic light in a car with three others, Conley said, when an SUV drove up and someone in the back seat shot at them.

Hernandez, 24, had an encounter with the victims at a club the night of the shooting, Conley said. The former tight end was also charged with three counts of armed assault with intent to murder.

Hernandez is currently being held awaiting trial on charges that he and two accomplices shot Lloyd last June. He has pleaded not guilty in that case. 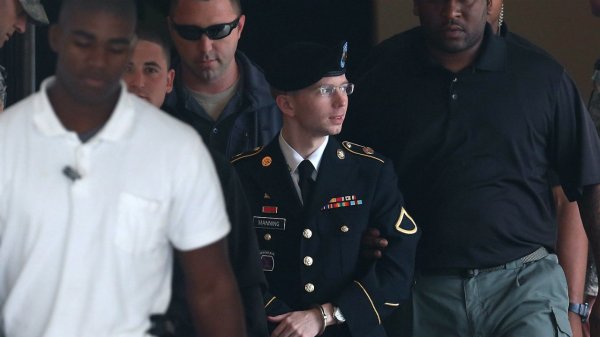 Manning Could Be Moved to Civilian Prison
Next Up: Editor's Pick