Spanish language media conglomerate Univision is joining hands with wireless provider T-Mobile to offer a new service tailor-made for Hispanic-Americans. The wireless service, dubbed “Univision Mobile,” will launch May 19 at Walmart as well as at 6,000 other dealer locations.

The idea, according to Univision, is to use T-Mobile’s wireless network to convey Univision programming via its Univision Rewards portal, including custom content like ringtones and wallpapers, first looks at upcoming Univision shows and behind-the-scenes access to Univision-related events and personalities.

The Univision deal incorporates T-Mobile’s annual no-contract wireless service options. Univision president of digital and enterprise development Kevin Conroy adds that the plans will be “specifically tailored to our audience’s needs.” The partnership would give Univision a mobile platform for its content, while hypothetically enlarging T-Mobile’s appeal to the Hispanic community.

The move comes as others are attempting to capitalize on (and cater to) the U.S.’s rapidly growing Hispanic population: Verizon last year partnered with singer and actress Jennifer Lopez to launch its Viva Móvil retail brand (designed, in Lopez’s words, “to revolutionize the entire mobile experience for Latinos”). And filmmaker Robert Rodriguez (El Mariachi, From Dusk til Dawn, Machete) recently partnered with Univision, Comcast, DirecTV and Time Warner Cable to launch his English language El Rey network in December, designed to cater to Latino audiences.

Indeed, as Univision notes, Hispanic-Americans currently number 56 million in the U.S. (of 315 million total), and at current growth projection rates, the U.S. Census Bureau says one in three Americans will be of Hispanic origin by 2050.

“Hispanic-Americans are among the largest, most important and most influential groups in the U.S. today,” said Mike Sievert, Chief Marketing Officer for T-Mobile, in a statement. “And they deserve wireless tailored to their interests and needs.” 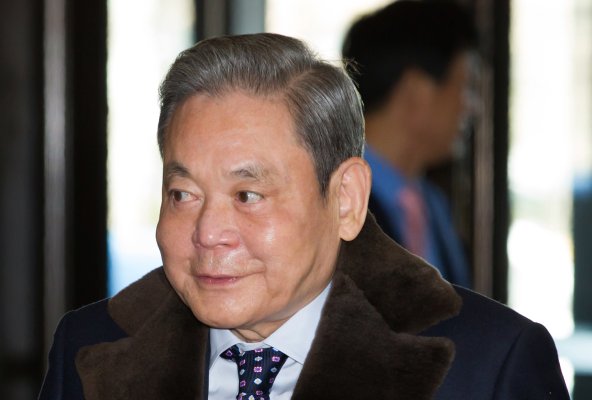 Samsung Chairman in ‘Stable Condition’ After Heart Attack
Next Up: Editor's Pick