Obama: 'We Come Together' At 9/11 Memorial Museum

President Barack Obama marked the dedication of the National September 11 Memorial & Museum in New York on Thursday, declaring it a monument to the enduring memory of those lost 13 years ago in worst terrorist attack ever on American soil—and to the spirit of the nation.

“Here, at this memorial, this museum, we come together,” Obama said in Foundation Hall below the World Trade Center site. “We stand in the footprints of two mighty towers graced by the rush of eternal waters. We look into the faces of nearly 3,000 innocent souls, men and women and children of every race, every creed, from every corner of the world. And we can touch their names and hear their voices and glimpse the small items that speak to the beauty of their lives—a wedding ring, a dusty helmet, a shining badge. Here we tell their story so that generations yet unborn will never forget.

“Like the great wall and bedrock that embrace us today, nothing can ever break us,” Obama said. “Nothing can change who we are as Americans.”

First responders, survivors, and victims’ families gathered to mark the opening of the site, which also serves as the resting place for thousands of unidentified remains of those killed in the attack. Almost 3,000 people died in the attacks on Sept. 11, 2001, when al-Qaeda operatives hijacked and flew airplanes into the iconic Twin Towers and the Pentagon in Washington, D.C. A fourth plane crashed in Pennsylvania.

“Those we lost live on in us, in the families who love them still, in the friends who remember them always and in a nation that will honor them now and forever,” Obama said, flanked by the “Last Column,” the makeshift memorial that was the final piece of rubble removed from the site and now stands in the museum alongside thousands of other artifacts.

Among the artifacts are Flight 93 passenger Todd Beamer’s watch, frozen at the moment the plane was forced down in Shanksville, Pa, survivor Florence Jones’ shoes, which she carried down 60 stories and 50 city blocks as she fled the carnage, and Crowther’s red bandana. Faces of the dead line a memorial hall, where visitors can watch videos and read stories about those who lost their lives. 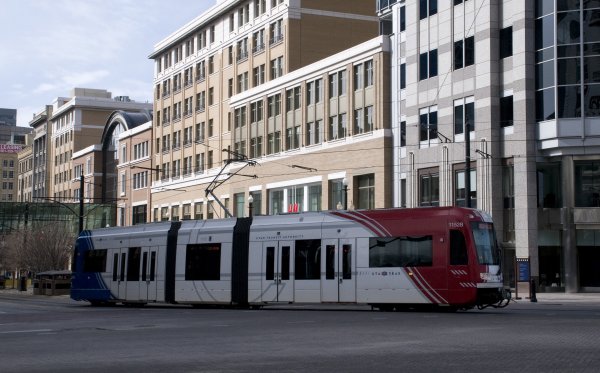