Bangladesh Ferry Capsizes With About 200 Onboard

A ferry carrying about 200 people capsized in a river in Bangladesh Thursday, Reuters reports. At least six bodies have been recovered so far.

The ferry overturned in the Meghna River near the capital of Dhaka amid stormy weather. The government has dispatched navy and coast guard vessels to aid in rescue efforts.

One of the six recovered bodies is that of a child, Reuters reports. 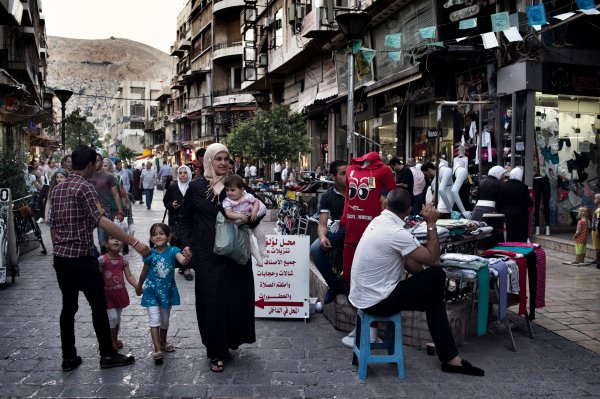 The Eerie Calm of Damascus
Next Up: Editor's Pick