The economy is growing. Unemployment is falling. Why is everyone so unhappy?

It was a terrible crisis, and you can still feel the damage all across the country. We’re still living with the scars.

You wrote in Stress Test, “It’s never been my goal in life to get a big Washington job.” What went wrong?

When your President asks you to serve, you have to say yes. You do. I tried to talk him out of it, and I wanted to make sure he understood what he was getting.

And what was he getting?

I’d spent my life dealing with a range of financial crises around the world. So he was getting someone who was not a politician, not a banker, not an economist, but I did have the unfortunate but very valuable experience of watching countries deal with pretty bad financial crises.

You write about avoiding retribution against bankers, yet people are angry. Why didn’t you go for a head on a stake just for show?

I try to explain that what it takes to protect people from a panic is really the opposite of what feels fair or just or effective. It’s a paradoxical thing. It’s perfectly understandable people wanted a measure of justice.

The things we were doing and the things we knew were the most important things to do–they were going to be deeply unpopular on the right and the left. There was no national constituency for those things.

Millions of people lost their homes. Was there something different that you could have done?

The President was putting enormous pressure on us. And we looked at every idea, but the scale of this problem was just massive in comparison to the tools we had, the resources we had. I feel like we used those tools as effectively as we could.

The rich today have more wealth than Gilded Age robber barons. Do we need more progressive taxation or income redistribution?

If you look at this country today, we still [have] high levels of poverty, a long period of almost no growth in the median wage. You referred to the big rise in inequality, but also there’s a diminished sense of mobility [and] opportunity across generations. And that’s a very damaging thing. It is very important that we rediscover a capacity to try to deliver policies that do a better job of improving the chances the average person has coming out of school today.

You moved your family against their wishes to work for the President. How do you compensate them?

You can’t do it. You lose all those years with them. You miss the most important part of their lives, and you deprive them of the right to privacy that most people seem to like. So it’s a very hard thing to put on them.

Stocks are at a record high. How close are we to the next bubble?

Right now, today, that shouldn’t rank very high on people’s list of concerns for the country. 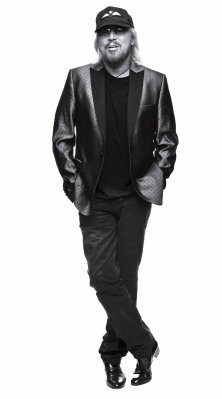 10 Questions with Barry Gibb
Next Up: Editor's Pick