Tricia Saldanha lives in downtown Salt Lake City and often takes TRAX–the city’s light-rail line–to go shopping or run errands. It’s easier to hop on and off than to drive, and parking tickets aren’t a concern. But when Saldanha, 26, visits family in Provo, about 45 miles south, she bypasses the commuter-rail link between the two cities and takes her car. “I’ve done the calculations, and it’s still cheaper to drive,” she says.

Convincing Saldanha and other Utah urbanites otherwise is the job of Robin Hutcheson, Salt Lake’s head of transportation, who as you might expect often uses public transit to get to work. “We’ve got to change the mind-set here,” Hutcheson says as we wait to catch the 209 bus on a recent weekday morning. That change looks daunting: cars have been the main way to get around Salt Lake and the Wasatch Front region since they replaced the horse and buggy. Fifteen years ago, no commuter rail linked Salt Lake with nearby Ogden or Provo. Light rail didn’t connect the growing neighborhoods within those cities. In 2007, Salt Lake’s bike-lane budget was $50,000.

The city’s come a long way since. About 1.2 million people live in the Salt Lake metropolitan area, 190,000 in the city core, and the population is expected to double by 2050, according to demographers. Figuring out how to get those residents to and from work without the highway gridlock typical of Western cities led civic leaders to embrace commuting alternatives normally found in cities 10 times larger.

Consider: That paltry bike budget has grown to $2 million as Salt Lake added a popular bike-share program. Four heavily trafficked streets have recently been redesigned with separate lanes for bikes and pedestrians, with two more coming this summer. Light rail and commuter rail, meanwhile, are booming. Since 2008, the state has laid 70 miles of track–under budget and two years ahead of schedule. TRAX ridership increased 7% last year, to more than 50,000 a day. The city is counting on a new pass that lets people ride any of the region’s light-rail, commuter-rail or streetcar lines for $30 a month to bolster the trend.

Salt Lake is well positioned to reboot its transit infrastructure, thanks in part to a historical relic: its streets are almost comically broad–132 ft. wide–and a typical block has an area of 10 acres. The vast tracts were part of a system designed by Joseph Smith called the Mormon Grid that allowed early residents to easily turn oxcarts, according to local legend. Planners have come to see these wide boulevards, once considered too treacherous for walkers and cyclists, as an asset because of how easily they can be redesigned for multiple forms of transportation.

The best example of the reimagined, multiuse boulevard is North Temple Street, connecting downtown to the airport. The main arterial, previously seven lanes, is now four. Light rail runs down the middle, bordered by traffic lanes and designated bike and pedestrian paths with illuminated signals warning cars to yield.

While city officials still expect growth in the suburbs, thanks to Utah’s high concentration of space-needy large families, they’re also seeing more people in their 20s and 30s as well as retirees moving to the city core. Says Salt Lake City Mayor Ralph Becker: “This is still very much a motorist-driven culture, but it’s changing, particularly with the millennial generation.”

Nearly 80% of Utah’s population lives along the Wasatch Front, a 120-mile corridor from Ogden in the north to Provo in the south. The region now has 140 miles of commuter rail, with five lines added since December 2012. The hope is that expanded transit will concentrate growth in downtowns, keeping suburban sprawl from encroaching on the state’s prized rural and mountain areas. Some things, after all, are worth the drive.

“I don’t believe we need to get everyone out of their car,” Hutcheson says. “But we need to prepare for the sorts of shifts we’re seeing, so we’re being very aggressive. We have the funding, and we have a supportive mayor. Now’s the time.” 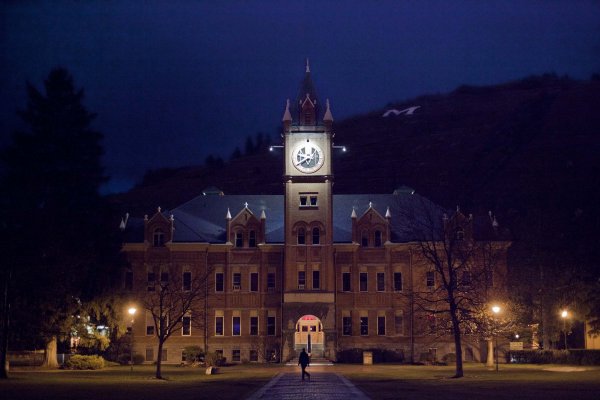 The Sexual Assault Crisis on American Campuses
Next Up: Editor's Pick