The Battle for Thailand

In what many say amounts to a judicial coup, the Constitutional Court kicked elected Yingluck Shinawatra out of office
Sakchai Lalit—AP
By Charlie Campbell

In 1861 the King of Siam offered Washington a troop of war elephants to help vanquish the Confederacy. Abraham Lincoln politely declined. Today it is Thailand that needs a friend like the U.S. to help it avert a possible civil war.

On May 7, Yingluck Shinawatra, Thailand’s first female Prime Minister, was ousted after the nation’s Constitutional Court decreed she “unlawfully” replaced the National Security Council chief in 2011. Sadly, few are surprised that such a triviality could bring down a government voted in by a landslide that year. Thailand’s highest court had previously invalidated elections won by a party backed by Yingluck’s brother Thaksin Shinawatra, dissolved political parties tied to him, and removed two Thaksin-aligned Prime Ministers—one for hosting a televised cooking show. Once again, Thai politics lurches from farcical to preposterous.

Thailand has been wracked by a bitter political schism since 2006, when the military removed Thaksin as Prime Minister. The billionaire telecom mogul is reviled by royalists and the urban middle classes for perceived venality and over­shadowing beloved King Bhumibol Adulyadej. Thaksin was convicted of corruption in absentia, charges he says are politically motivated, and now lives in self-imposed exile mainly in Dubai. Opponents say he still runs Thailand through proxies, like Yingluck.

Thaksin, however, is adored in the poorer agrarian north and northeastern regions, where populist policies including universal health care, micro-finance loans and fuel subsidies helped haul millions out of poverty. These previously overlooked voters have returned Thaksin-backed parties in every election since 2001, and would surely do so again should fresh ballots slated for July 20 proceed unhindered.

But the antigovernment protesters who have besieged the capital, Bangkok, want an appointed “people’s council” to take power instead. They claim Thaksin buys votes and that the rural poor cannot be trusted to choose their own leader. Thaksin’s supporters have also taken to the streets to defend their democratic rights. The showdown is effectively between old elitism and new pluralism. Some 50 countries have now issued travel warnings. Children have been killed, policemen maimed, government offices and TV stations routinely swarmed.

Why should the U.S. care? Thailand is a key trade and defense partner—the first Asian nation to have formal diplomatic ties with the U.S., back in 1833, before even imperial China or Japan. U.S. President Barack Obama has vowed a “rebalancing” to Asia that requires strong regional alliances. “It’s a major concern,” says Ernest Bower, Southeast Asia expert at the Center for Strategic and International Studies in Washington. “A weak Thailand, or a quintessentially introspective Thailand, weakens the foundation of U.S. strategy for Asia.”

It’s not just geopolitics. While Thailand’s political system is hardly perfect (many of its institutions are weak), Yingluck’s removal under­mines democracy not just at home but throughout Southeast Asia. This rapidly growing region only has the Philippines and Indonesia exhibiting anything close to ruddy democracies—albeit blighted by endemic corruption—while Malaysia, Burma and Cambodia are hamstrung by egregious electoral irregularities. (Laos, Vietnam and Brunei show no sign of casting off autocracy.)

Thailand is no tin-pot dictatorship but Southeast Asia’s second biggest economy (after Indonesia) and an aspirational model to struggling neighbors. Absolute rule ended in 1932, and elections have been taking place for more than half a century, notwithstanding periodic military interventions. The kingdom is also a vital regional hub for migrant labor—workers who then disseminate ideals of universal suffrage and free enterprise to beleaguered kin back home. Now nine judges have overruled the 15 million Thais who voted for Yingluck—the nation essentially a “juristocracy underwritten by the monarchy and guarded by the military,” says Chiang Mai University political scientist Paul Chambers.

This is where the U.S. can come in. Washington should insist that results of new elections be honored and that political reforms—mostly to decentralize power away from Bangkok—be implemented. As before, a troop of war elephants won’t do.n 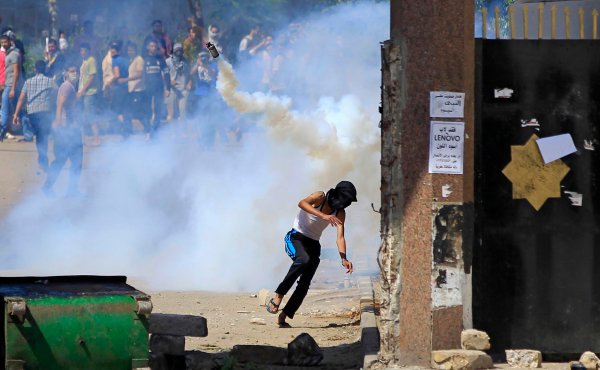 An Apology Would Be a Start
Next Up: Editor's Pick