9 Possible Endgames for the Apple-Beats Situation

As we wait for the final outcome of the Beats-Apple situation, we might as well prepare ourselves for the best, the worst, and everything in between. Here are 9 potential endgames for the supposedly looming Apple-Beats acquisition, ordered roughly from “likely” to “totally implausible.”

Midway through Apple’s WWDC keynote, Tim Cook announces what many quietly expected: an all-new Apple-branded music streaming service, courtesy of newly-acquired Beats by Dre. Named “Dring” (a hybrid of “Dre” and failed Apple music network, “Ping,”), the streaming service comes complete with 25 million songs, pleasantly-rounded corners, and brushed aluminum menus. In honor of the late Mr. Jobs, Cook plays Bob Dylan’s “Beyond Here Lies Nothin’” as the first tune to ever stream through the service. The next day, somebody on Twitter jokes that “beyond here lies nothin’” is also an apt description for Apple’s product roadmap.

The streaming music service rumors prove unfounded: it was about hardware all along. Apple signs the Beats deal, then rolls out a whole new line of headphone and speaker accessories, each more colorful and more expensive than the last. Beats’ celebrity army of NBA stars, R&B artists and pop sensations appear in a new series of Apple ads, with the tagline, “Hear what you’ve been missing.” Even Justin Bieber gets a spot. Meanwhile, Apple stores around the globe become three times as noisy, as Apple’s new Beats-made headphones leak noise faster than Edward Snowden can leak NSA secrets.

As articles (like this one) continue to trickle out over the coming weeks, the tech world becomes desperate for action. Why haven’t we heard more? Why didn’t Apple say anything at WWDC? A dozen conspiracy theories emerge, from “Apple and Beats never met” to “Apple actually bought Beats in 2009.” The Internet loses its collective mind until summer 2015, when Dr. Dre’s former PR manager releases a book, Think Different: The Real Story Behind the Apple-Beats Negotiations.

The deal is signed. Cook, Jony Ive, Peter Oppenheimer, Craig Federighi, and Dr. Dre pour champagne while listening to Dre’s “The Next Episode” at Apple headquarters. Mid-clink, a freckle-faced, 19-year-old intern bursts through the door. “Mr. Cook!” she gasps, “We just got that report on the headphone market—the one you said was critical to the deal.” Laughing nervously, Cook sets down his champagne glass and eyes the report’s title, gingerly: Study—headphones now a commodity. Brand power rapidly losing its effect on fickle consumer market, which will now buy anything, as long as it’s cheap. “Well, sh–,” he says.

In a surprise Monday morning headline, the world learns that Amazon—not Apple—has officially purchased Beats. “This isn’t about our upcoming streaming music service,” says CEO Jeff Bezos, in a next-morning Washington Post interview, “This is about Amazon Prime.” Beats customers begin noticing subtle changes in their orders, as packing peanuts are replaced by Amazon Prime coupons, and “Try Prime!” stickers are placed on every pair of Beats Solo HDs. One customer swears she hears “free two-day shipping on any order” every time she plugs in her primeBeats earphones, but gets laughed out of court by Amazon’s lawyers.

Weeks after Apple announces the formal deal, a funny thing happens: Beats products disappear. eBay stock sells out. Even Amazon can’t seem to find them. Furious, a drunken mob surrounds Jony Ive at a Cupertino bar, demanding answers. “Okay!” he says, “All our research says people only care about two things: bright colors and overpriced brands. That’s our thing, not Beats’. That’s why people buy Apple. Beats had to go. They just had to, okay?”

7. Apple walks away from Beats deal, buys Skullcandy instead

In a hastily assembled press conference, Cook agrees to take five minutes of questions on the just-announced Skullcandy acquisition. “What happened to Beats?” a reporter asks. “Forget about Dre,” Cook responds. “But why Skullcandy?” another asks. “I mean, seriously,” Cook says, “these are headphone manufacturers. They all do the same thing.”

Apple finally addresses the artificially-intelligent elephant in the room: No one really likes Siri. In an open apology letter to all Apple customers, Cook explains that all those Siri statistics—“85% use Siri at least once per month”—are “inflated,” and “probably half of those” are people who “accidentally hold down the home button a little too long.” Cook goes on to describe the $3 billion acquisition as “mostly about voice talent. We thought, ‘Who does everyone love? What voice has achieved such an iconic level of success that customers wouldn’t mind even if it repeatedly misunderstood them, called the wrong contacts, or drove them to the wrong restaurant four times out of five?’ The answer? Dr. Dre.”

In a somber press event, Cook announces that the completed Beats deal will coincide with his resignation. “Honestly, I’m just sick of it,” Cook explains, saying he’s actually happy to see “someone, anyone” taking over “the most thankless job” in the tech industry. “You sell 43 million iPhones in one quarter, post $45.6 billion in revenue, and all anyone wants to talk about is how great Jeff Bezos is. I mean, seriously.” 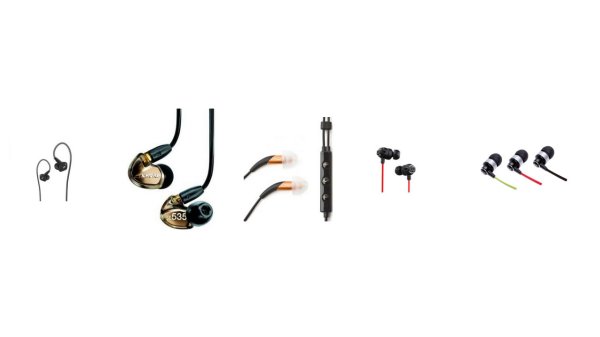 Listen Up: These Are the 5 Best In-Ear Headphones
Next Up: Editor's Pick