India’s Opposition BJP Will Storm the Next Election, a New Poll Finds

A Feb. 26 report from the American think tank Pew Research Center has found that Indians want their next government to be led by the opposition Bharatiya Janata Party (BJP) over the incumbent Congress Party by more than 3 to 1.

The survey — which sampled the views of 2,464 adults in 15 major states between December and January — also found that 70% of Indians were not pleased with the way things are going in the country today. With national elections only weeks away, that’s decidedly bad news for Congress, which has led India’s coalition government since 2004 but has been struggling to catch up with Modi’s more energetic campaign in recent weeks.

Pew says Indians’ dissatisfaction is broad and deep among men and women, young and old, urbanites and villagers, those with less than a primary education and those with college degrees. They all think the BJP will do a better job solving India’s most fundamental problems, including fighting corruption, creating jobs, reducing terrorism and alleviating poverty.

That last one’s got to hurt. In recent years, Congress has hung its reputation in large part on its dedication to helping India’s poor through ambitious (and expensive) hallmark welfare programs that have guaranteed work and food to hundreds of millions of Indians. Yet 54% of respondents said they thought the BJP would do a better job helping the poor, vs. 21% for Congress.

Interestingly, the study found that BJP’s support was highest in several northern Indian states at 74%, but weakest at 54% in Maharashtra, Chhattisgarh and Modi’s own state, Gujarat.

Pew’s report notes — but does not give particular heft to — the fact that no one party has won an outright majority in India’s lower house for the past 25 years. That means smaller regional parties will likely play a big role in these elections, despite the overt support respondents showed for BJP. 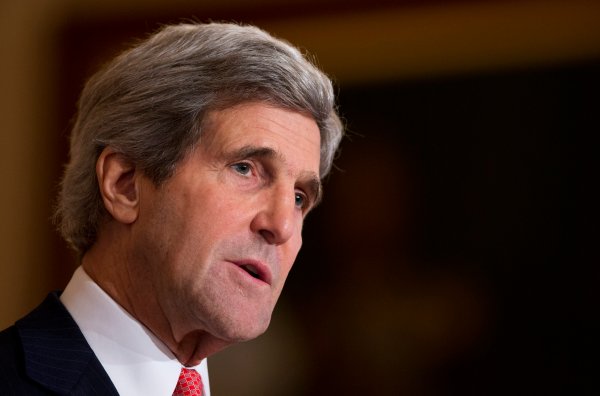 U.S. Promises Ukraine $1B
Next Up: Editor's Pick