Kirsten Gillibrand: 'We Will Not Allow These Crimes to Be Swept Under the Rug Any Longer'

Kirsten Gillibrand is a United States Senator from New York.

After a long and hard-fought effort to reform the military justice system, my office was approached by two extraordinary young women. They told me a story similar to what I had heard over and over from our brave men and women in uniform.

They were survivors of sexual assault. And after enduring horrific acts of sexual violence, they were then betrayed by their schools when they tried to report their assaults.

But these students refuse to be denied justice. So they organized across the country to hold their colleges and universities responsible. And they are increasingly speaking out, reliving the worst moments of their lives to total strangers and the media in the hope that other young women won’t suffer the same fate.

That is the definition of courage. I cannot tell you how inspiring these women are to me personally, and I feel a responsibility to act on their behalf because the price of a college education should never include a one in five chance of being sexually assaulted.

We should never accept the fact that women are at a greater risk of sexual assault as soon as they step onto a college campus. But today they are. And it has to end.

Part of the problem is a pure lack of understanding of the true nature of campus sexual assault. These are not dates gone bad, or a good guy who had too much to drink. This is a crime largely perpetrated by repeat offenders, who instead of facing a prosecutor and a jail cell, remain on campus after a short-term suspension, if punished at all.

Another issue is that colleges and universities across the country would prefer not to acknowledge they have a problem for obvious public relations reasons. The current lax oversight has the perverse effect of incentivizing colleges to encourage non-reporting, under-reporting and non-compliance with the already weak standards under current federal law.

Our goal should be to increase the abysmally low reporting rates for sexual assaults on campus and make it in the school’s immediate best interest to take proactive steps to protect their students and rid their campuses of sexual predators. The best way to accomplish this goal is through transparency and accountability to flip the incentives that currently reward keeping sexual assault in the shadows.

As a first step, I teamed up with Missouri Senator Claire McCaskill, a former sex crimes prosecutor and powerful voice for victims, to secure the resources we need to investigate more cases, and enforce the laws we have.

As it stands today, the federal agencies in charge of enforcing campus sex assault laws are left to a fraction of the funding and staff needed to be effective. And without the right oversight, nearly two-thirds of schools are failing to even report crime statistics as they are required to by current law.

But this is only the beginning Senator McCaskill and I will be taking this growing crisis head on with additional bipartisan action to hold colleges and universities accountable with stiff, binding penalties, and bring more transparency through a national survey of campus sexual assaults that student survivors and advocates consistently make as their top priority.

We will not allow these crimes to be swept under the rug any longer. For all of our young people who dream of going to college, and for all of our students on campus today — they deserve better. They deserve safety and accountability. Simply put, they deserve action. 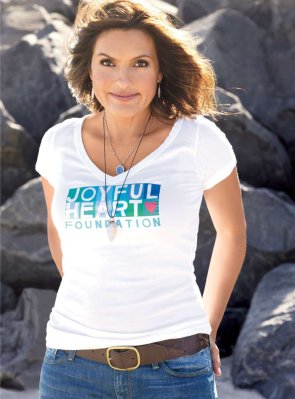 Mariska Hargitay: 'Society Continues to Misplace Blame on Survivors'
Next Up: Editor's Pick