Rape Culture is a 'Panic Where Paranoia, Censorship, and False Accusations Flourish'

Christina Hoff Sommers is a resident scholar at the American Enterprise Institute, a TIME contributor, and author of several books, including The War Against Boys. She hosts a weekly video blog The Factual Feminist

On January 27, 2010, University of North Dakota officials charged undergraduate Caleb Warner with sexually assaulting a fellow student. He insisted the encounter was consensual, but was found guilty by a campus tribunal and thereupon expelled and banned from campus.

A few months later, Warner received surprising news. The local police had determined not only that Warner was innocent, but that the alleged victim had deliberately falsified her charges. She was charged with lying to police for filing a false report, and fled the state.

Cases like Warner’s are proliferating. Here is a partial list of young men who have recently filed lawsuits against their schools for what appear to be gross mistreatment in campus sexual assault tribunals: Drew Sterrett—University of Michigan, “John Doe”—Swarthmore, Anthony Villar—Philadelphia University, Peter Yu—Vassar, Andre Henry—Delaware State, Dez Wells—Xavier, and Zackary Hunt—Denison. Presumed guilty is the new legal principle where sex is concerned.

Sexual assault on campus is a genuine problem—but the new rape culture crusade is turning ugly. The list of falsely accused young men subject to kangaroo court justice is growing apace. Students at Boston University demanded that a Robin Thicke concert be cancelled: His hit song Blurred Lines is supposedly a rape anthem. (It includes the words, “I know you want it.”) Professors at Oberlin, University of California, Santa Barbara, and Rutgers have been urged to place “trigger warnings” on class syllabi that include books like the Great Gatsby—too much misogynist violence. This movement is turning our campuses into hostile environments for free expression and due process. And so far, university officials, political leaders, and the White House are siding with the mob.

It appears that we are in the throes of one of those panics where paranoia, censorship, and false accusations flourish—and otherwise sensible people abandon their critical facilities. We are not facing anything as extreme as the Salem Witch Trials or the McCarthy inquisitions. But today’s rape culture movement bears some striking similarities to a panic that gripped daycare centers in the 1980s.

In August 1983, an anguished mother reported to the police that her 2-year old son had been horrifically abused in the McMartin preschool in Manhattan Beach, California. She described a network of underground tunnels where school staff had sodomized her child and forced him to watch animal sacrifices. The mother was mentally disturbed and her story had no basis in reality. But the news media seized on the story, and paranoia about Satanic Cults became a national epidemic. Parents were already on edge: advocacy groups, politicians, and the media had warned that nearly 50,000 children were being abducted by strangers, and 4,000 of them murdered, every year. As news of the McMartin barbarity spread, daycare personnel in schools across the nation found themselves implicated in the crime of satanic-ritual child abuse. A national network of abuse-therapists promptly materialized. Through the use of intimidating interviewing techniques, they egged on children to “remember” terrible abuses in their daycare.

The abuse therapists were joined by an influential group of conspiracy-minded feminists, including Gloria Steinem and Catharine MacKinnon. When a few civil libertarian feminists—Carol Tavris, Wendy Kaminer, Ellen Willis, and Debbie Nathan—tried to blow the whistle on the witch-hunt, they were vilified by the conspiracy caucus as backlashers, child abuse apologists, and “obedient ‘daddies’ girls of male editors.”

From the start of the scare in 1983 until its ending in the mid-1990s, untold numbers of children were subject to manipulative therapies and hundreds of innocent adults faced charges of ritual child abuse. Several of the accused would spend years in prison for crimes that never happened. A recent Slate article called it “one of the most damaging moral panics in America’s history,” which only began to abate when skeptical journalists got round to checking facts and asking questions. A 1985 story in the Los Angeles Times informed readers that, according to FBI reports, the number of child kidnappings by strangers in 1984 was 67, not 50,000

Today’s college rape panic is an eerie recapitulation of the daycare abuse panic. Just as the mythical “50,000 abducted children” fueled paranoia about child safety in the 1980s, so today’s hysteria is incited by the constantly repeated, equally fictitious “one-in-five women on campus is a victim of rape”—which even President Obama has embraced.

The one-in-five number is derived from surveys where biased samples of respondents are asked an artful combination of straightforward and leading questions, reminiscent of the conclusory interviews behind the daycare agitation. A much-cited CDC study, for example, first tells respondents: “Please remember that even if someone uses alcohol or drugs, what happens to them is not their fault.” Then it asks: “When you were drunk, high, drugged, or passed out and unable to consent, how many people ever had vaginal sex with you.” (Emphasis mine.) The CDC counted all such sexual encounters as rapes.

Once again, conspiracy feminists are at the forefront of this movement. Just as feminist psychologists persuaded children that they had been abused, so women’s activists have persuaded many young women that what they might have dismissed as a foolish drunken hookup was actually a felony rape. “Believe the children,” said the ritual abuse experts during the day care scare. “Believe the survivors,” say today’s rape culturalists. To not believe an alleged victim is to risk being called a rape apologist.

Some will say that these moral panics, while overblown, do call attention to serious problems. This is deeply mistaken. The hysteria around daycare abuse and campus rape shed no light: rather they confuse and discredit genuine cases of abuse and violence. Molestation and rape are horrific crimes that warrant serious attention and vigorous response. Panics breed chaos and mob justice. They claim innocent victims, undermine social trust, and teach us to doubt the evidence of our own experience.

E.M. Forster said it best in A Passage to India, referring to a panic among “good citizens” following a highly dubious accusation of rape: “Pity, wrath, and heroism filled them, but the power of putting two and two together was annihilated.” 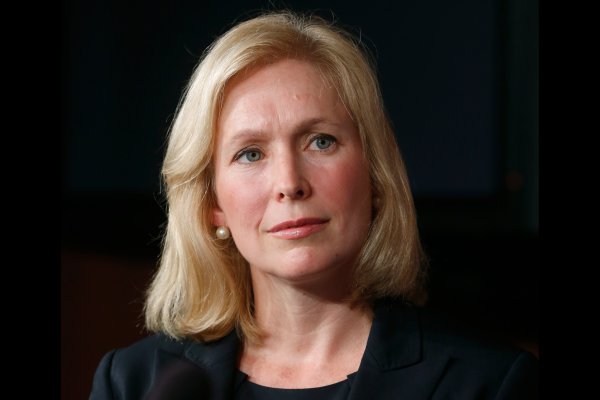 Kirsten Gillibrand: 'We Will Not Allow These Crimes to Be Swept Under the Rug Any Longer'
Next Up: Editor's Pick