'Universities and Fraternities Must Tell the Whole Truth' About Sexual Violence

Douglas Fierberg founded the only nationwide practice and specialty of representing victims of violence in school-related incidents, and serves as lead counsel for victims of sexual violence, hazing and other crimes at schools and universities across the country. Co-author Chris D. DeJong is a litigation paralegal responsible for all aspects of legal claims on behalf of victims of sexual violence and other misconduct at schools and universities nationwide.

Universities and fraternities hide the truth about sexual violence on campus even though women need this information in order to protect themselves. While universities are required by federal law to publicly report certain incidents of crime, including rape, those reports are often inaccurate and never detailed. In fall 2010, there were between three and 10 allegations (the actual number remains guesswork) of women being raped at the University of Minnesota. At least three of those women alleged being raped in fraternity houses. The school lists the sanctions it imposed against fraternities on its website but sanctions issued during that time period are for the group’s failure to “provide a safe environment during parties where alcohol is present.” Rape was never mentioned.

Women are entitled to know if the fraternity house they may visit has allegedly been a scene of sexual violence. Worse yet, fraternity lawyers guard existing document of sexual violence at fraternities, most likely because the information would shock the public. The National Association of Insurance Commissioners ranked fraternities as the sixth worst insurance risk in this country, just behind hazardous waste disposal companies and asbestos contractors. One insurance broker for fraternities boasts of handling more than 6,000 claims and $60,000,000 in payouts. There are many hurt women in those numbers. Insurance brokers for the industry maintain and analyze statistics on sexual violence in order to establish premium rates. Fraternities and their insurance brokers have fought our attempts to gain access to these statistics. They’ve also blocked our efforts to obtain their analysis of alcohol-free housing (AFH), which one study concludes would reduce incidents of injury and death in fraternities by 75%. Those statistics will likely demonstrate that requiring fraternities to go AFH will spare many women from being plied with alcohol and raped.

Alcohol-free housing is critical because fraternities rely on underage, inexperienced, and often intoxicated fraternity members to protect women in chapter housing. These students are legally prohibited from managing the service of alcohol, yet they are given the green light by universities. The fox supervises the hen house, but this fox hurts people. Universities do not manage dormitories in this reckless manner. Obscuring the truth is not acceptable. Universities and fraternities must tell the whole truth so that students can understand the risks and protect themselves. 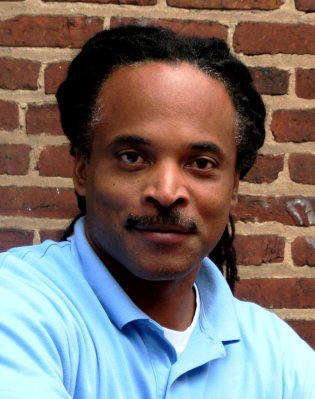 We Must Look at How We Teach Our Boys What It Means to Be a Man
Next Up: Editor's Pick